Occupation: singer
She is talkative person..She was interested in singing and even dancing from childhood and used to participate in different school programs, especially in parent’s day, annual days.
She completed her primary level in Amradas School then upto 8 grade in Kanya School, Katmandu and completed her S.L.C from Dharan Secondary School, Dharan. But again she moved to Kathmandu for the further study and completed her +2 level in Nobel Academy and did her B.A from Pashupati Campus, Chabahil, Kathmandu.
After that she joined Dorieme for 5 years to fulfill her singing dream. She also got singing knowledge from Guru Dev Kamant, Bhanu Bhakta, Bijay Singh Munal. Her family members also encouraged and support her.. She started her musical career on 2002 by the song “tipera fakyau phul ko thunga” of Gurudev Kamal. She also released her first album “ban ma fulyo ful” on 2006.
Similarly her second album also got released on 2009, bayer botai ma. From the album the song Kun Ranga Ko Kami Thiyo ra was became popular between audience.
She got married and have a daughter name Aanchal. She too release the 3rd album “aachal ko agaman, dedicated to her daughter. she has song numbers of melodious songs in different albums and films as well.
Songs of Aagantuk Kharel: 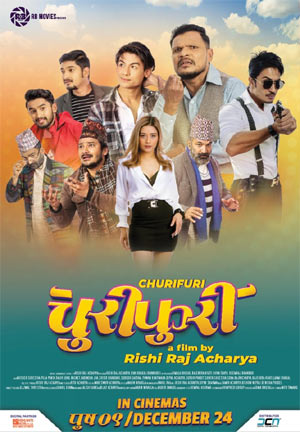