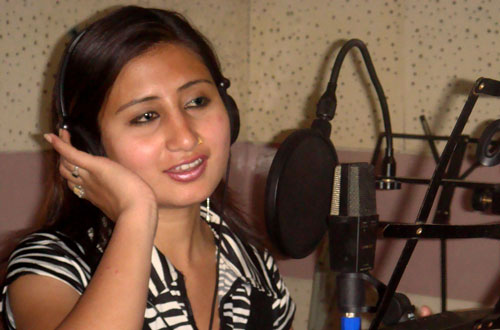 Date of birth-1977
Father-Bishnu bishwokarma
Mother-Mana maya bishworkama
Anju competed for the Nationwide Modern Song Competition organized by Radio Nepal and won. It was then she realized that she could truly aim to becoming a professional singer. She did many stage shows, and first noticed by the song “Kampan”, a remake of original Nepali hits. Her vocal scale, projection and pronunciation in the songs of Kampan received accolades even from music critics. Her dulcet voice in the remake of songs like, Maitighar and Reli Khola bagara remained at the top of the chart for many weeks in different countdowns. The song Kina udyo pankhi mana from the film Bagar became her career launcher in Nepali silver screen.